In criminal offenses, the State prosecuting the charge must prove all elements of a criminal act.  Often this translates into the “who, what, when, where, and why” of the criminal act.  The first four requirements (who, what, when, and where) are rather straightforward.  The final portion, the why, is not so much a motive but rather a mental state.  What was the accused’s reasoning for his actions?  What was the mental state?

This mental state is called a “mens rea” which is Latin for guilty mind.  Under the common law, a mens rea was required before someone could be considered guilty of a crime.  As a general rule, this mens rea requirement exists under the written penal code of Texas as well.  In Texas one of four types of mens rea must be present prior to being charged with a criminal offense.  In Texas, the four kinds of mens rea are Intentionally, Knowingly, Recklessly, and Negligently.

Intentionally, as the name suggests, means the accused intended for the result of his action to occur. In contrast, knowingly only requires that the accused knew his actions would have a certain effect, not that he desired the effect.  Recklessness requires a person to disregard a substantial and unjustifiable risk, and the person’s actions, after disregarding this risk, result in a criminal violation.   The person need not intend or know the result will occur.  Ignoring a serious risk and a person’s subsequent actions causing a criminal violation is enough.    Finally, negligence occurs when a person fails to meet a reasonable standard of behavior in light of surrounding circumstances.  To illustrate the distinction between the different types of mens rea, an example is best used.

In our example, a foolish young man purchases a handgun and adjusts the trigger allowing the weapon to fire with the slightest pressure.  He takes this weapon (or any gun) knowing it was loaded, aims it at another and pulls the trigger with the intent of wounding or killing another.  If an injury or death occurs as a result of his actions, the young man has committed his act intentionally.  He knew what he was doing and the result was exactly what he sought.

However if we change the scenario a little the resulting mens rea changes as well.  Suppose this same young man fired his weapon at his intended victim.  But in this new scenario, he does so without carefully aiming and strikes an innocent bystander. The young man did not intend to strike the bystander; but he knew, as people were standing near his intended victim, that hitting someone else was a possibility.  He was aware of the risks of his actions, and although his intent was to hit his victim he knew his actions could result in injury or death to someone else. As such, he acted knowingly.

Recklessness in our example could occur if the young man began shooting at empty beer cans but failed to account for bystanders standing a bit away but behind the beer cans.  Poor aim results in the death of one of these bystanders and our young man committed a reckless act.  The young man never intended for anyone to get hurt.  He believed his aim was well enough so no one would get hurt, but he knew his actions could cause the result it did.

Negligence is the lowest form of mens rea.  In our example, the young man drank heavily and left his altered weapon on the table where his young child was able to get hold of it.  The child is seriously injured because of the negligent behavior of the young man.  His actions failed to meet even the most basic reasonable level of conduct and resulted in a criminal violation.

So why is any of this important?  Well, when an individual is accused of a criminal offense, the State is required to prove all elements of an offense beyond a reasonable doubt.  One of these elements is the mens rea.  For example, if someone is accused of murder in Texas, the State must prove not only the actual acts committed but also that the accused committed this offense intentionally or knowingly.  Failure by the State to show the act was committed with intent or knowledge of the result means that the State has failed to prove all elements of the offense. It would therefore fail to secure a conviction.  Obviously, the State would put great effort in showing the surrounding circumstances that proved intent while a thorough defense attorney would attack the alleged proof.

As stated, the general rule is that a mens rea is required for all criminal offenses.  However, mens rea may not be required for a number of class c misdemeanors where a fine only is required or where a statute specifically dispenses with a mens rea.  A knowledgeable defense attorney would be able to quickly read the appropriate code and make a determination of the required, if applicable, mens rea.

There is often a misconception that a mens rea is not required for the specific offense of statutory rape or as it is properly called in Texas, “Aggravated Sexual Assault”.  I only mention this because this belief is so prevalent.   Statutory rape does require a mens rea of knowingly or intentionally as to the sexual act itself.  But as to the age of the victim, the State does not need to prove the accused knew the age or disregarded the age of the victim.  So the State would have to prove that the accused knew what he was doing to the victim, and not that he knew or didn’t know the victim’s age.  Even if the victim were to mislead the accused as to their age, this would not be a valid defense to the charge, a harsh reality.

It is important to remember that a criminal offense is more than just an action, but also requires a guilty mind.  A reasonable mistake is not a crime, while an intentional act or the failure to use reasonable care may be.  It is important to have a defense attorney look at all the elements of a criminal charge, not just the actions alleged.

David P. Armbruster is a retired United States Marine and former prosecutor who believes the law is intended to serve people not the other way around.  He now serves as the primary criminal defense attorney for Nguyen & Chen, LLC and uses his experience to help people as they confront the complexity of the criminal justice system. 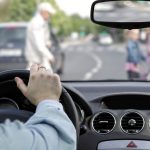 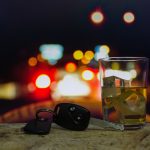 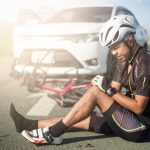 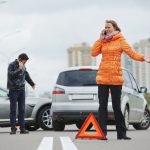 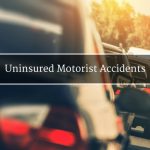 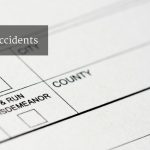