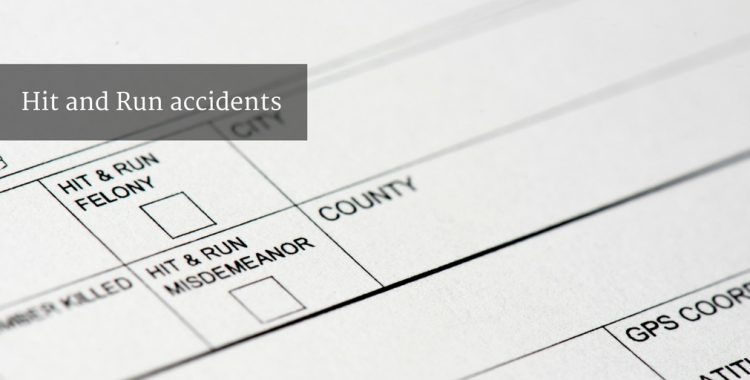 In Houston, a hit and run accident is a serious matter. Understanding the situation will help you defend your legal rights.

Hit and Run Accident in Houston: What You Need to Know

What Qualifies as a Hit and Run Accident?

A Houston hit and run accident is defined by not stopping after a car crash that involves death, injury or property damage. Since “property damage” is broad, many non-injury collisions qualify. A hit and run is generally classified as a second-degree felony in Texas.

To avoid criminal charges, it is important to remain at the scene, find out whether others need medical assistance and summon help if needed. However, many people leave accidents without realizing damage or injury has occurred.

A fatal hit and run accident is a felony offense that typically involves indictment by a grand jury. It can result in charges of vehicular manslaughter – recklessly causing another’s death while driving a vehicle.

A personal injury hit and run occurs when a driver leaves the scene of an accident where someone has been injured. It may develop into a fatal hit and run if the injured person dies as a direct result of the injuries, even if it takes significant time.

What Are the Consequences of Leaving the Scene in Houston, TX?

Leaving the scene can subject one to potential felony charges. According to the Texas Penal Code, sentences for second-degree felonies range up to 20 years in prison with fines up to $10,000.

How a Lawyer Can Help if You Left the Scene

If you left the scene of an accident, do not make statements to the police and do not call your insurance company to report the accident. Speak to a lawyer immediately. In general, authorities may be able to link your car to an accident but cannot prove who was operating the vehicle. A lawyer can help you craft a defense that may result in charges being dropped.

Defending Someone Who Was Abandoned at the Scene

If you are abandoned at the scene of an accident, you may suffer harm while help is delayed in arriving. In addition to the criminal charges faced by the responsible driver, you may be entitled to compensation you can seek against them in civil court. Hit and run lawsuit settlements are determined by the specifics of each case.

How Long After a Hit and Run Accident Can You Be Charged/Can You File Charges?

Don’t delay: The sooner you contact a hit and run accident attorney, the better.